Lots of Mars images clogging up my newsfeed so one image “to rule them all…” to be updated through the apparition.

Dec 01 – Think this is the end of my Mars season. Too small to capture much detail now but it’s been a good one!

Just going to keep updating this throughout the apparition rather than keep putting new images up. Also marked out a few of the more interesting and well known features. I was delighted when I managed to find Olympus Mons although it seems to be brighter this year than in previous apparitions.

Seeing variations make a big difference to detail that can be seen as does my ability to process them. Seeing was much worse later on in the season as Mars receded and got smaller.

Dust storm is still visible but fading and getting smaller.

Taken during a live stream to the Astronomical Society of Edinburgh members, in some of the worst seeing! Dust storm is more visible at this CM. BAA Mars Mapper 2020 for comparison.

Another quick cloud gap but very strong winds and some of the worst seeing. Still managing to get something out of it. Must be getting better. Showing some form of cloud where marked by an arrow, possibly the local dust storm. Sent to the BAA and got this back from the Mars Director, so maybe:
“Yes, you caught it. Well done, not many in the uk did. Nuttall, myself and you so far.”

Quick gap in the clouds. Lots of processing artefacts. Getting harder to do Mars now as it recedes.

Olympus Mons much clearer now and Arcadia next to it. Just a 10 minute gap in the clouds but rasonably steady.

First time for Olympus Mons, visible as a pale patch at 9 o’clock on the limb. Using 1.5x drizzle most of the time now. 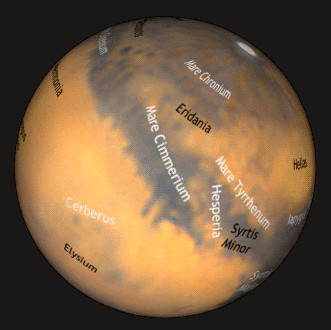 Medium good seeing again. Trying out new techniques, less Gamma on recording, lighter touch but there’s more noise now. Still not happy with the results but I suspect I never will be.

Mars images are now being sent to the Mars section of the BAA. 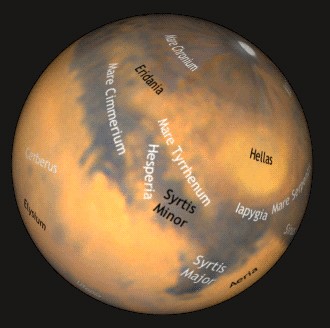 Decent seeing even when low down but then went to boiling as it got higher. The “peninsula” off the Mare Cimmerium are visible. Sinus Gomer? 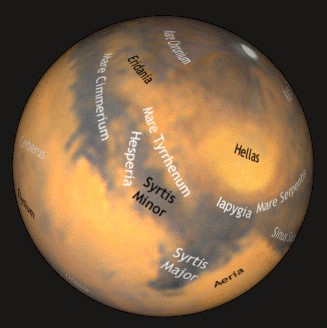 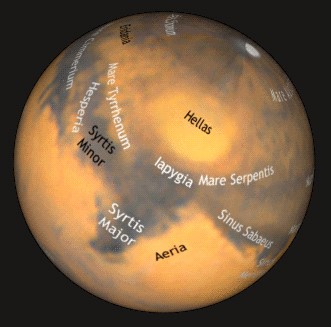 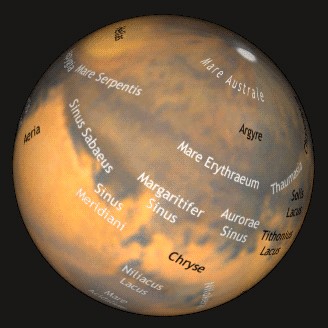 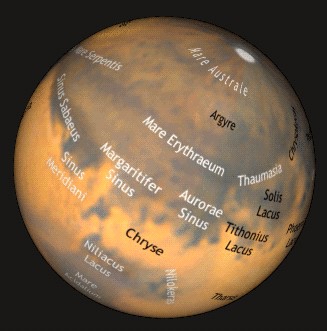 First Mars of the season

Still too low and small to be sharp but a start 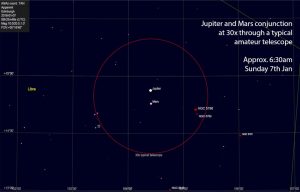