Monitored over about 45 minutes 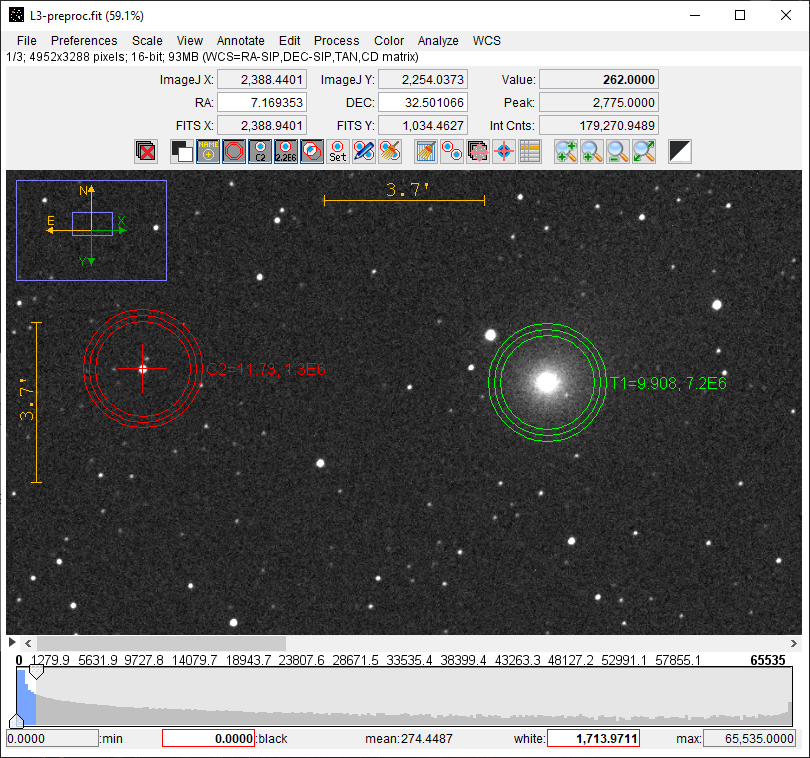 Animation showing movement over the period

The comet visited by Rosetta. Low down in the Edinburgh murk.

Wrong telescope for a comet of this size (8 degree – only 0.5 degree FOV) but came out quite well. Surprising colour combinations – green coma expected, red tail not. Cloned out the trailed RGB stars in PS.

Getting larger and diffuse.

Tail starting to develop and definitely getting brighter

Moving through the constellation of Cassiopeia

From Wikipedia: Comet Hartley 2, officially designated 103P/Hartley, is a small periodic comet with an orbital period of 6.46 years. It was discovered by Malcolm Hartley in 1986 at the Schmidt Telescope Unit in Siding Spring, Australia. Its diameter is estimated to be 1.2 to 1.6 km. It will be the subject of a flyby by the Deep Impact spacecraft on November 4, 2010, with a closest approach of 700 kilometers. This is part of the EPOXI mission.

And here’s NASA’s view of it from the EPOXI mission.

A blast from the past. Found this scan of a picture I took of Hale-Bopp from the Isle of Arran. Don’t have much info about it but it was taken with a 35mm Praktica and a 135mm lens.

Trees and light pollution are obviously an issue but not too bad. An impressive comet!